Aerobic endurance is something I’ve discussed on the sock-doc site many times. Its importance in both fitness and health is often underestimated either because there are news reports citing studies saying too much will harm your health, or athletes neglect the time and effort to put in the training to build the aerobic system and see its huge value. Aerobic, as you perhaps know from reading other Sock Doc articles, does not mean “chronic cardio” nor does it mean you’re necessarily walking for hours to develop “slow” aerobic fitness.


Developing aerobic endurance means that you’re training your body to sustain some level of activity for a prolonged period of time, (typically 30 minutes if not much more), and you’re utilizing fat as a fuel source rather than glucose (sugar) or some other energy source. Developing such a system takes time – just like any other fitness aspect including strength and speed. One big difference with building the aerobic system is that, based off my experience, people are impatient and inconsistent – they want results faster than they typically come and they don’t want to put in the time.

Most athletes are training too hard too often. High intensity workouts and of course training anaerobically (“chronic cardio” as so many “anti-aerobic” pundits yap about) too often is a sure way to not only not develop your aerobic system, but end up sick, injured, or yeah even dead.
If you want to hike, paddle, run, cycle, swim, or do whatever exercise faster for a longer period of time then you want to develop your aerobic system. It doesn’t mean that you never train anaerobically (HIIT workouts) ever again, just temporarily. For most people this means you have to slow down and realize that your aerobic system sucks. Yes – that’s right – your aerobic system probably sucks and you don’t even know it; realizing this is the first step to correcting the problem so you can deal with it. Several months ago I got an email from a patient who I helped a couple years ago with an injury. Amanda, well known in the running community and blog-world as Miss Zippy, had recently suffered through another crummy marathon. (She has given me permission to share her story here.) She bonked way early into the race, though her training, she thought, was fine. She had put in the work. We talked for some time on the phone and at one point she revealed to me that she wasn’t training with aheart rate monitor. She was training based off miles and intensity/exertion. I, of course, preach training for time and heart rate most all the time.


So I put it to Amanda rather candidly as I always do. She was looking to set a PR yet she was only getting slower and time was slipping by. If she kept doing what she was doing she’d never run a marathon PR let alone a half-decent race. “What do you have to lose?” I asked her. And so she listened.
Starting in May, Amanda trained aerobically 100% of the time. That meant no speed work, no racing, and no hard hills. She also changed her diet to more fat and less sugar to fuel the aerobic system. Every month she did an aerobic fitness test to gauge her improvement. The times below are Amanda’s mile splits over four miles at her aerobic training zone heart rate. This means that she kept her heart rate in a very narrow aerobic zone for the four miles (after a warm-up). So her intensity (input/exertion) was the same every time. There are some dramatic changes as you can see, and maybe some you cannot so easily realize.
In May you can see that not only was she barely able to run a sub-10 minute mile for just two miles, but the difference between mile one and mile four was almost one whole minute! This is what people refer to as cardiac drift, which I will discuss in a bit.
In June, just one month after focusing on her aerobic system she was already reaping the benefits. Mile one and two are the same time and even her third and fourth are close, with a much less cardiac drift.
Fast forward to August and wow! Miss Zippy has taken well over one minute off her first mile and two off her fourth. She’s now running four miles close to seven minutes faster than just a few months ago – at the same intensity! Not only that, August was a lot more hot and humid than May so theoretically she could have run even faster in a cooler environment. Pretty awesome.
May: 9:37, 9:51, 10:23, 10:31
June: 8:55, 8:55, 9:07, 9:04
July: 8:48, 8:40, 8:55, 9:00
August: 8:20, 8:15, 8:24, 8:32

Is Speedwork Essential for Racing? A few weeks ago Amanda contacted me with a very common question, which I slightly edited for clarity and consistency with this article.


“So I’m weighing how long I’m going to do aerobic training and/or how to transition to some speedwork training. I was initially planning on 16 weeks of it, which would bring me to mid-Sept. I wanted your opinion: at this stage in the game, would I potentially hit a good marathon by just continuing into Nov. on strictly aerobic (race is Nov. 16)? Or should I do aerobic for all but one or two workouts per week starting in Sept and get some specific race pace work in? I’ll be honest—I am starting to miss running with my friends after all this time!”
I made Amanda wait for her answer as part of this article so here it is.
“Why mess with a good thing. You’re seeing huge improvements in your aerobic conditioning and your SPEED. You don’t need speedwork right now to get faster because you’re getting significantly faster without it. You have just about ten weeks before the marathon. Let’s see where your September aerobic times are. If they’re still coming down and/or the first and forth are less of a gap, then you continue another few weeks with the aerobic training. If you eventually don’t see the improvements, whether September or October, then you can stick in some speed work training. You might not hit an aerobic plateau until sometime over the winter, and then at that time you can put in a good four to five weeks of anaerobic intervals. But for now, stick with what’s working. What’s going to happen if not already is you’re going to be running, perhaps down a slight incline, only to look at your HR monitor and think ‘damn – I have to run faster’, so you’ll need to pick up the speed; you can do some aerobic intervals at that time and work on faster leg turnover.”
I hope you listen Amanda! Cardiac drift is basically when your heart rate increases after ten or so minutes of exercise with no change in workload in response to arterial pressure and stroke volume. So at the same workload your heart rate “drifts” higher to some degree. The main reason behind the drift is to promote cooling, as the main factor influencing cardiac drift is hydration, ambient temperature, and of course – good ol’ fitness. The more fit you are the more efficient your body is at any given workload and the less you will need to cool down (this is why you sweat more when you train harder).


So how much of a cardiac drift is normal? That’s hard to say. Some drift is normal but too much drift – like Amanda had in the May – is definitely not normal. Personally, I still think she is still having too much cardiac drift, though the August temperature could have been a factor. Some may disagree. Personally, I can run at an aerobic zone heart rate for four miles and keep my heart rate within just a few beats (in a not crazy hot/humid environment).
I have read that some people think that due to the cardiac drift, you need to increase your intensity a bit since your heart rate is naturally increasing without any change in workload and oxygen consumption. So if you slow down to keep the heart rate in “the zone”, you’ll essentially be training slower the longer you exercise.
I don’t agree with this for two reasons. First, as mentioned, I’ve always seen cardiac drift to be an issue with unconditioned athletes, at least to any measurable HR variance. In other words, once you develop aerobic conditioning, you don’t have the drift much at all. Second is that some of the cardiac drift is associated with electrolyte and glucose imbalances. Actually in one study the researchers were able to practically eliminate cardiac drift by giving the athletes a glucose and hydration drip. So the longer you exercise at a higher intensity, the more glucose and electrolytes you will deplete. That is not a reason to push your heart rate up – it’s a reason to keep it down.

Slow Down to Speed Up

As the line above here says – do just that. Slow down and you will soon speed up. If you aren’t training with a heart rate monitor then you have absolutely no idea of your exertion rate. Sure you can get away with it for a while, but if you want to train/race longer at a faster pace then there’s no reason not to have a monitor. You may have to walk for a while, maybe months (not at once!); you may have to crawl. But you’ve got to start somewhere and most athletes out there are way more unfit than they want to believe. So accept it and change it now rather than later. Give it time and it will pay back in big rewards. 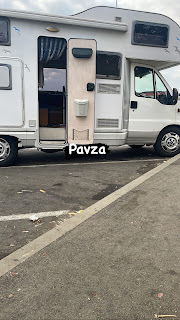 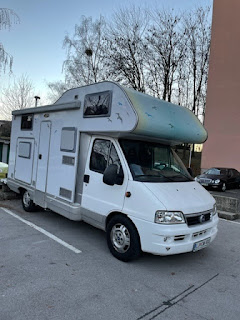